Welcome back to the “Church of Christ Celebrities” blog! As always, if you have suggestions for the blog as a whole or an idea for a specific post, let me know, and while you’re at it, feel free to share the blog on social media. I don’t receive any ad revenue from this project, but I do hope for it to become the go-to reference on this subject. That can only happen if people know it exists, though, so a share or two would be greatly appreciated.

At any rate, I’m breaking with what will eventually be the regular post schedule for the blog (every two weeks, give or take) because of the death of country singer Glen Campbell on Tuesday. Campbell, best known for his versions of songs like “Rhinestone Cowboy” and “Gentle on My Mind,” passed away at the age of 81 after a long battle with Alzheimer’s and other health issues. (1)

For all of his public struggles with drug and alcohol addiction, Campbell was also widely known as man of faith. In 2008, Campbell mentioned to Reuters that he and his wife had been devoted adherents of Messianic Judaism for roughly twenty years. (2)  Previously, Campbell had been affiliated with the North Phoenix Baptist Church, (3) and he was the recipient of three Dove Awards from the Gospel Music Association over the course of his musical career. (4)

Campbell also appears frequently on lists of “Church of Christ celebrities,” albeit usually with the addendum that he was raised in Churches of Christ. (5) So what do the sources tell us? 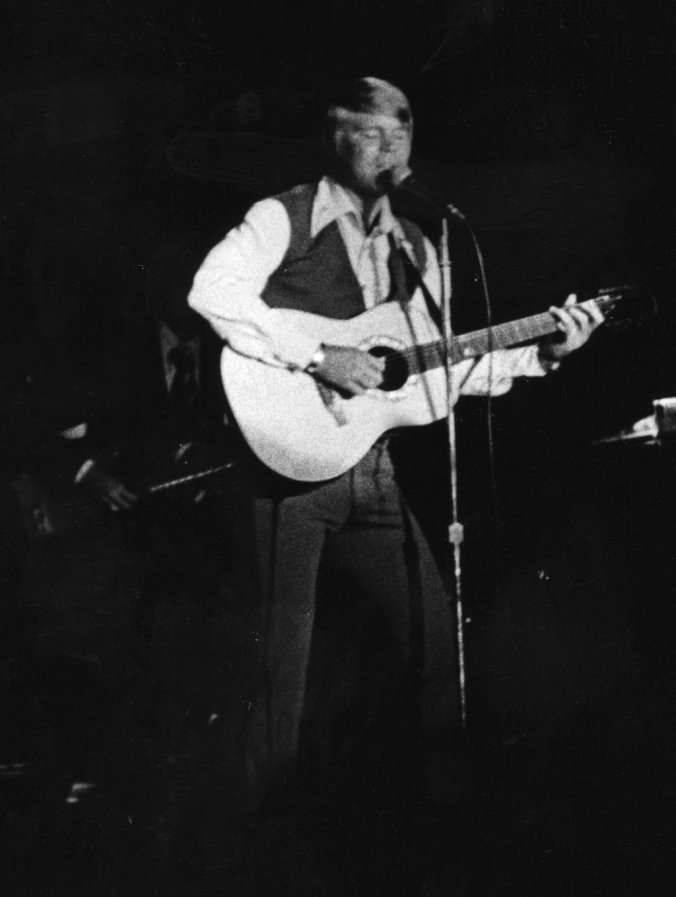 (“Campbell performing at the Michigan State Fair, c. 1970” by Arnielee is licensed under CC BY SA-3.0)

Campbell’s connection to Churches of Christ, as it turns out, dates back to his childhood. In his 1994 autobiography, Campbell recalled that “The first music I remember was in the Church of Christ, where they didn’t allow musical instruments. The congregation sang alone. My dad and mom took all of us to church and we sat together in one row. I first learned to sing harmony inside that country sanctuary.” (6)

That same year, in an interview with Guideposts, he added that “in December of 1981… I asked my brother Lindell, a Church of Christ preacher, to baptize [me].” (7) Further demonstrating the family affiliation with Churches of Christ, a 1976 People article mentions that Campbell’s grandfather was the preacher at the congregation he attended in his youth. (8)

The impact of Campbell’s time in the movement remained evident, even decades after his break with it: “His parents, Wesley and Carrie, devout members of the Church of Christ, instilled in their children a thorough respect for the old-fashioned values. Glen still respects those values and from these sprang his desire to perform gospel music.” (9)

To sum it all up, Glen Campbell was indeed raised in Churches of Christ, and the experience was both musically and theologically formative for him. As with our previous entry on Lester Holt, then, the connection is CONFIRMED.

Stay tuned for our next entry, in which we explore the religious background of another notable musician with a potentiAL connection to Churches of Christ.