This is shaping up to be a big week here at the “Church of Christ Celebrities” blog! As you can tell from the title of this post, we have reached another milestone–forty entries in total, and our fifth post since the restart back in July. Today (September 12, 2019) is also an important day for me, since my book, Visions of Restoration: The History of Churches of Christ, is officially out now. You can purchase copies at http://www.hcu.edu/product/visions-of-restoration-the-history-of-churches-of-christ-by-john-young/ , and if you’re in the Florence, Alabama area today, I’d love to see you at the book signing event at Heritage Christian University tonight at 6:30pm.

Our previous two entries (one on former WWE champion John Layfield, the other on former UFC champion Holly Holm) have drawn on topic suggestions from the world of combat sports. Today’s post continues the entertainment theme but pulls its subject from a different corner of that realm. We’ll be focusing for a few minutes on the potential connections to Churches of Christ of the late actor Powers Boothe (1948-2017).

Boothe, a native Texan, is perhaps best known for his roles in a couple of enormously popular westerns–his turn as Cy Tolliver on the HBO series Deadwood, and his portrayal of “Curly Bill” Brocius in Tombstone. Yet he also took on markedly different roles as well, including his Emmy-winning spell as cult leader Jim Jones (who was himself a former member of the Disciples of Christ–perhaps that would be a good future post!) and President Noah Daniels on 24. 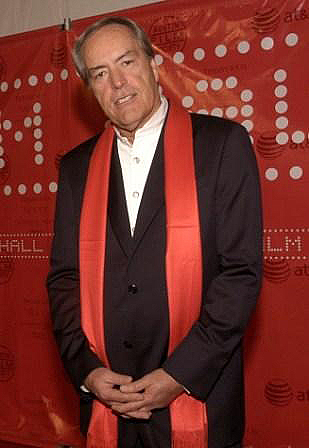 Boothe was suggested to me as a topic for consideration by a reader of the blog, and it did not take me long to find evidence of some connection to Churches of Christ. A 1980 profile of the actor in People (published in the run-up to the release of the Jim Jones TV miniseries) stated that:

Boothe himself grew up hearing fiery Church of Christ sermons in the West Texas town of Snyder, where his father was a cotton farmer and fiddler. Powers played football in high school but decided, “I’m not going to make my living out of beating my head against somebody else.” To avoid the draft, he became the first member of his family to attend college and got a degree in education from LBJ’s alma mater, Southwest Texas State University. (1)

Information about the actor’s connections to Churches of Christ later in life was harder to come by, but I did discover that several members of his family, including two of his brothers, were described as longtime members of the fellowship in their respective obituaries. (2) So while we as readers might like to have had more information about Powers Boothe himself, I believe we do have enough to establish a connection, meaning that this week’s entry is also CONFIRMED.

Thanks for reading all the way to the end, and for your support of the blog over the last couple of years!